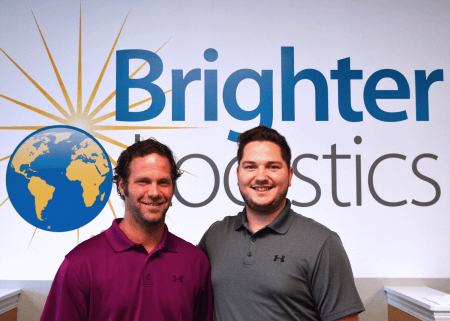 Nicholas Clarke has at least three key ingredients for a successful life: a good attitude, a good work ethic, and good connections. Those life skills were developed or nurtured during Winning Futures’ 22-week program in which students work with mentors to consider their futures and determine the steps necessary to reach their goals.

The third-year finance major at Albion College credits his mentor, Jason Gordon, with teaching and modeling those life skills.

“Jason came in each and every week with a big smile on his face that was contagious to the rest of our group,” Nick said. “He was always quick to crack a joke, but equally as fast to bring us back to reality and comment on how something may apply to the real world one day.”

What also impressed Nick was that while Jason was passionate about teaching and modeling a strong work ethic, “he was so passionate about just being a father and husband at the end of the day.”

Jason’s impact on Nick went beyond the classroom: Jason was one of the connections from Winning Futures who helped him land his internship this past summer with Clinton Township logistics company Brighter Logistics.

Justin Bright, owner of the company, is part of a networking group with Kristina Marshall, president and CEO of Winning Futures. After they talked, Justin interviewed Nick and then brought him on as a summer intern. Justin was impressed with Nick’s confidence. “Confidence goes a long way,” he said.

Justin also was impressed by his work ethic. “I’m a big, big believer in hard work,” he said, and Nick delivered. It wasn’t just the fact that Nick made more than 120 cold sales calls a day, but it was how he did it.

“He wasn’t dialing because he had to, he was dialing because he wanted to, and there’s a big difference. And for a kid of only 20, he was very mature and would do everything that he needed to do to be successful.” Justin said he felt that Nick’s exceptional work attitude was a result of the mentoring program he attended and the people he’s worked with.

Nick’s performance convinced Justin that he “absolutely” would be interested in hiring more Winning Futures alumni.

“Teaming up with somebody like Winning Futures and helping that young person that doesn’t have the experience on their resume that’s going to help them get another, maybe even better, job, that’s what we want to do. We want to continue to work with the younger generation to help them be successful.”