1994 – Winning Futures was founded by Sam Cupp, a successful entrepreneur, in the Warren Consolidated School District in Warren, Michigan.  Sam’s illustrious career began with the help of a teacher (Dominic LaRosa), a counselor (Austin Hartshorn), and a businessman (Gene Hamilton) working together for the best interest of their student. In turn, he wanted to give back to his community and created a program that could initiate this type of partnership for students. 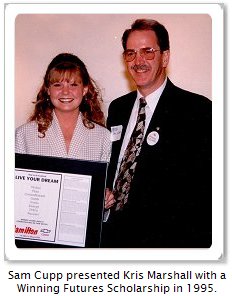 1998 – Sam’s first mentee in Winning Futures, Kristina Marshall, was hired by the program and is now its president and CEO.

2000 – Sam retired and turned the organization over to Kris Marshall and Laurie Tarter (Vice-President) to lead and grow.

2004 – Winning Futures expanded to the Oak Park School District through a partnership with the Oak Park Business and Education Alliance.

2008 – Winning Futures has now impacted over 16,000 students and awarded $1.5M in scholarships for youth to continue their education!

2009 – Schools, mentoring agencies, and other nonprofit organizations throughout the country began implementing the Winning Futures Workbooks and Activities into their youth programs. Winning Futures begins running the RARE Foundation, founded by Gil Cox.

2011 – Winning Futures teamed up with the Michigan Sports Hall of Fame to record commercials with Jerome Bettis, Lloyd Carr, and Ray Scott, launched a new program with iMatter for Kids at Pierce Elementary in Birmingham, and started hosting mentoring programs in Detroit Public Schools (DPS), including our Greg Kelser Basketball Camp for 80 Detroit 8th graders.

2017 – We honored our last class of RARE Everyday Heroes and Scholarship Winners. Mike Fitzpatrick of Fitzpatrick Manufacturing was awarded the Sam Cupp Award and a 20-year mentoring award. Winning Futures received the Promising Practice Award by Character.org. A team of U of M PhD students found that Winning Futures continues to impact students with statistically significant changes in work-readiness skills, self-efficacy, and confidence in their future. 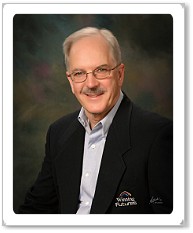 It is with great sadness that we share that our founder, Sam Cupp, passed away on Thursday, June 21, 2012.  He died doing something he loved – playing hockey.  Our thoughts, prayers, and love go out to everyone Sam ever impacted, especially our Winning Futures family, his grandchildren, daughters Anne and Amy, and his wife Betty.

Sam was an amazing man whose character and inspiration will continue to leave a legacy for generations to come.