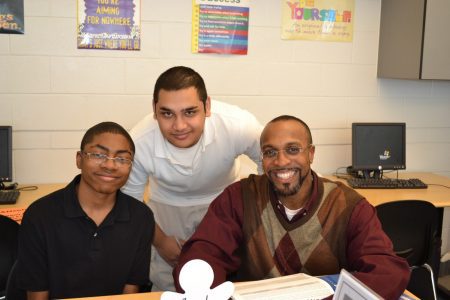 Before Jerry Porter became a Winning Futures mentee, the Cass Tech High School student “didn’t know what to do in life,” he said. “But the program helped me figure things out.”

He figured out that he wanted to become a CPA, and became a double major at Wayne State University so he can attain his goal quicker, he said.

He is studying accounting and finance, has had an internship with Invest Detroit and Quicken Loans and currently works part-time at a Nike store while attending school.

He credits Winning Futures and his mentor Ahmed Beasley for teaching him to build and use a network of employers, employees, and friends and to always work hard.

“Ahmed was a great mentor,” he said. “He was always teaching us life lessons.”

“He was a great role model because he was someone I could look up to. He is an African American male who graduated from college, has a great career and has a great relationship with his family. That’s something I don’t see a lot.”